Wiktenauer exists to advance research and facilitate discussion about the historical European martial arts. It is my preference that Wiktenauer remain a neutral party, outside of the disputes and divisions among HEMA practitioners and organizations. To me, Wiktenauer is and should be the medium, not the message, and the overwhelming support that it receives from the community at large, both in funding and in research, suggests to me that others also like that approach.

In January 2014, however, we became embroiled in a small controversy at the launch of our inaugural fundraiser. Since that time, it has reared its head intermittently and each time more detail has been distorted, as happens in such cases. To preserve this bit of HEMA history, though it may reflect poorly on Wiktenauer as an institution, and prevent its turning to urban legend, I'm creating this page to lay out such facts as there are. 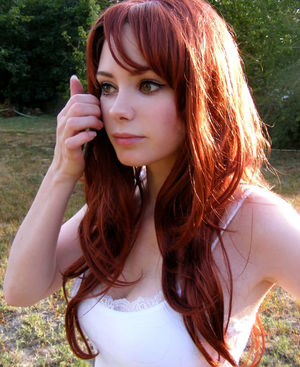 In early January, Richard Marsden, at the time President of the HEMA Alliance General Council, asked Meg Floyd, who had done similar volunteer work for HEMA projects in the past, to create graphics to advertise the Wiktenauer fundraiser planned for the second half of the month. She agreed, and located a photo of an amateur model named Erica Henrickson (who also goes by the pseudonym Nemo Valkyrja) and used it as the basis of an advertisement concept. She sent it to Richard and me for approval, perhaps as a joke, and both of us waved it through without comment, each assuming perhaps that the other would intervene. Thus on the first day of the fundraiser the banner was posted to the Wiktenauer site and the larger image to the Wiktenauer Facebook and Google+ accounts.

This sparked quite a bit of concern and conversation from our users. Issues ranged from some users feeling alienated by the what they perceived as the advertising strategy, others objecting to our using an image of a woman with no affiliation to the HEMA community (rather than any number of fencers who would have been willing to appear in such an image), and still others questioning why subject matter more closely aligned to the Wiktenauer's purpose was not used.

While I had initially asked Richard to leave me out of the fundraising process since I had a lot on my plate at that particular time, Wiktenauer is my project and my responsibility, so I slapped together a new banner over my lunch which replaced the original, and issued and apology to anyone who might have been offended. The fundraiser continued and eventually achieved great success.

These are the images that were used in the campaign.

As I mentioned at first, these events have been recounted from time to time and sometimes used as a point of reference in discussions about gender in the HEMA community. My own thoughts and beliefs around questions of sex and gender are too complex to encapsulate here, and are not relevant to Wiktenauer regardless, but it is my hope that people will be able to take this information and make fruitful use of it, as with everything else on Wiktenauer.