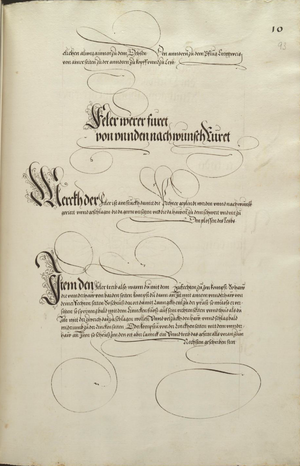 Fehler misleads/leads the weapon,
from below it touches as it desires.

deceit, whoever leads it and contacts from below according to desire

Of the wild strike.

Athletes are maximally blinded and deceived by this strike, and you will greatly desire those who endeavor to protect themselves, [because] you can strike, ALSO those who undertake to strike the sword, not the body

our "undertake" is from "curant" Whitaker Logeion

[^3] tum seems to be acting as an intensifier here

Therefore, make use of that [strike] by means of this method, if you approach closer to the enemy, you employ the strike from below on both sides. but if you draw near to him with the strike having been made from below from the right side, suddenly inject the point to the chest of the opponent from the long edge, and thereupon it will become necessary, in order that he shifts your forward attack, truly thence quickly leap forward with the left foot to the right side of the adversary, and pretend, as if you would want to batter the side, as was described before with the transverse, but withdrawn, or the thrust having been alter, soon strike toward the left side, Or if you come near to him from the left side forming the transverse, and also then you drive the sword from the long edge against the breast of the enemy, and employ this gesture from close in as described above.

About the turn over and running across

This gesture being used in advancing against the enemy, for instance, you restrict the enemy with it, so that you could run across, and overcome him.